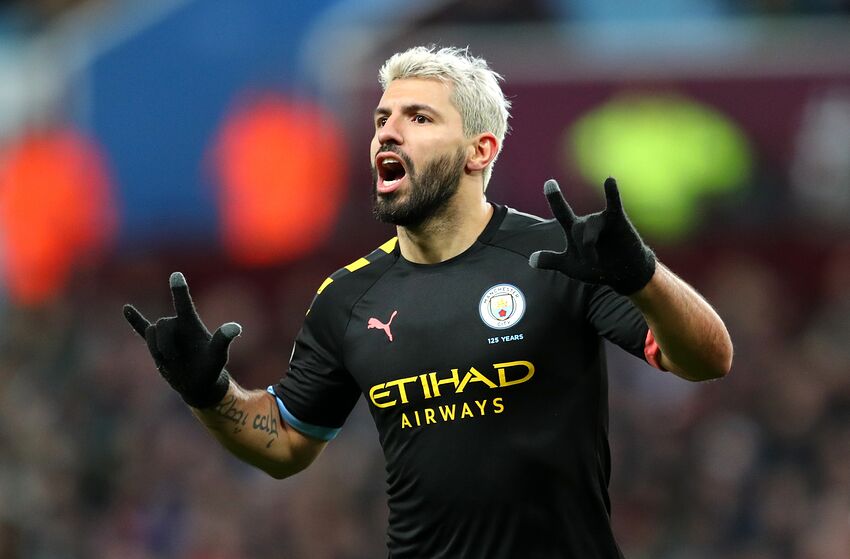 Another game for Manchester City and another line up surprise from manager Pep Guardiola.

It seems a long time since Manchester City have named two strikers in the same starting eleven which is the tweak Pep Guardiola did today with having both Sergio Aguero and Gabriel Jesus on the pitch. From having no recognised strikers in the last game to having two in this felt like it was designed to catch out Dean Smith.

City actually lined up with Gabriel Jesus on the left in a familiar looking 4-3-3 as a further surprise to the watching Dean Smith.

In the early stages City worked through a number of good chances but it was no avail. The build up was pedestrian at times and the formation left some big gaps on the field between the attackers and defence.

However, despite those issues which saw the ball careering around between both ends, City took the lead. This goal was all Riyad Mahrez as he danced through the penalty area, skipping past his former team mate Danny Drinkwater and putting his shot in at the near post.

City scored a second within 6 minutes as they began to overwhelm Aston Villa. Again the goal was scored by Mahrez as the dawdling Drinkwater was robbed in the area by David Silva. Mahrez volleyed home and City looked hungry for more.

Sergio Aguero scored the third with a shot from outside the area, which you would have got decent odds on. By my calculation that makes Aguero joint top overseas Premier League scorer with 175 goals, sharing the position with Thierry Henry.

After the third goal, City eased off somewhat, allowing Villa to hold more of the ball and attack. Yet in the last minute of the half, City showed that despite going down the gears, they had buckets of class. Kevin De Bruyne stepped up with one of the passes of the season and City had four goals and the match was all but over.

De Bruyne received the ball from Silva, took two or three strides and hit a wonderful cross which curved around the defence to the waiting Jesus, who slotted home.

City started the second half slightly slower, as could be expected, yet still sparked into life in the 56th minute as Aguero added a second, dribbling into the area and slotting past the helpless prone keeper.

In the 62nd minute City wrapped both Kevin De Bruyne and Fernandinho up for a few days in cotton wool and replaced them with Nicolas Otamendi and Phil Foden. Within seconds Jesus had a shot cleared off the line.

All that could be heard around the ground were the City fans singing, the Villa fans having started leaving as early as the 27th minute. Villa fans had begun the game in good spirits, questioning where the City fans were when we were rubbish, yet the irony of them not staying as their team was being well beaten was completely lost on them.

By the 70th minute we were even resting Rodrigo replacing him with Ilkay Gundogan to try and play keep ball until the final whistle. Before the match a lot of the attention in the media was upon jack Grealish, with talk of City being interested.

On the strength of this performance it would be difficult to assess whether he was capable of playing in our side. He had so little of the ball it was impossible to tell.

Jesus found the time to miss a couple of chances to add to his tally before Aguero completed his hat trick. This was a defensive mistake by Villa, as a pass was intercepted by Mahrez. He turned the ball into the path of Aguero and he was clinical in his finish. That was his 12th hat trick in the Premier League, beating the previous record of 11 held by Alan Shearer.

The fact we were unable to claim a clean sheet, thanks to a poor challenge by Gundogan in the penalty area is the only blot on the performance.

Still on the whole, this was an excellent City performance against a side who were well beaten and who’s heads dropped as they conceded. City were a lot more like the side of last season, hopefully the self doubt has faded as we head towards the business end of the season.

Right now we should just take the time to marvel at this attacking display of City, who played a sublime and beautiful game of passing football.